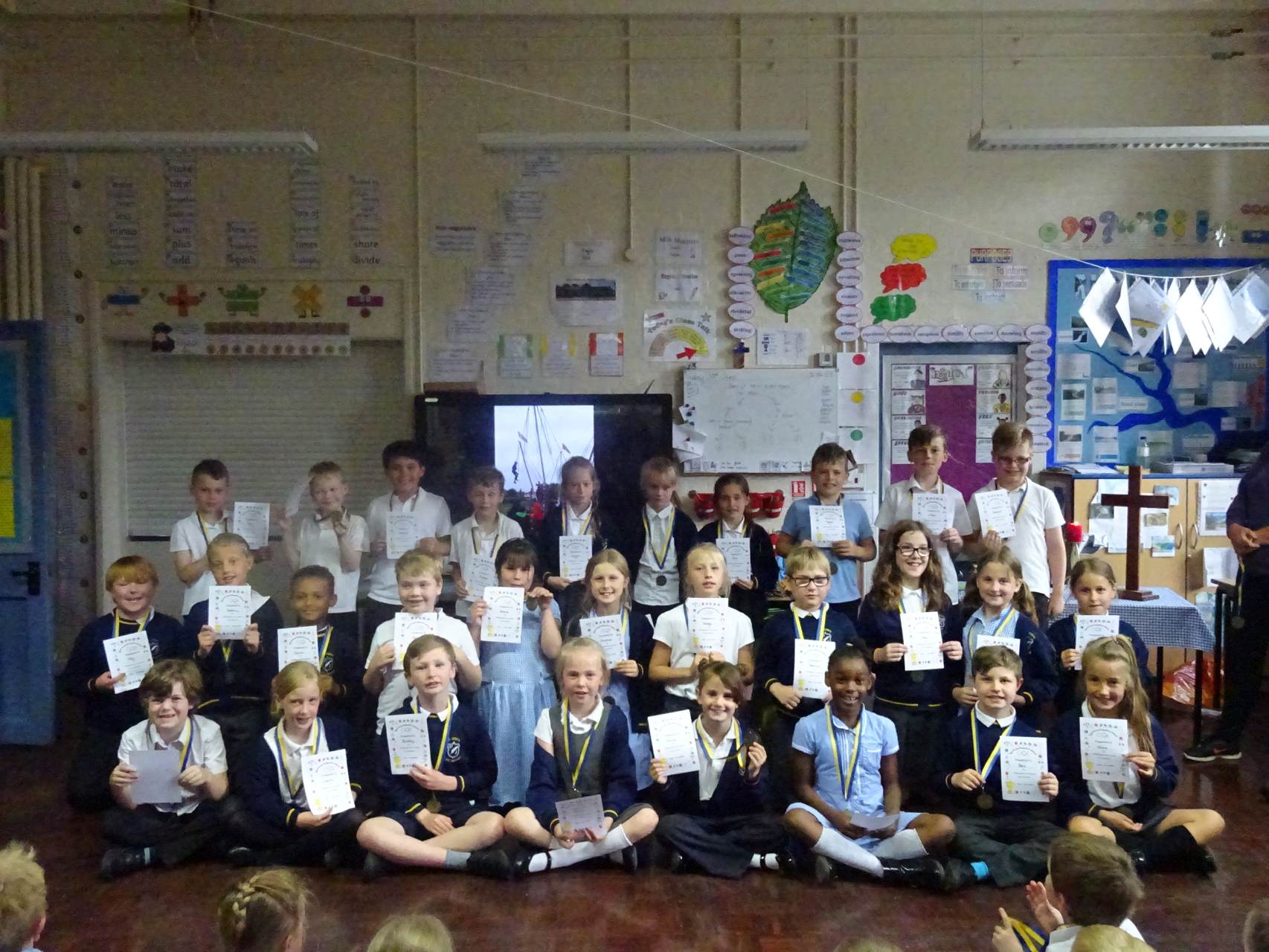 Each year we hold a Sports Week at school.  Below is a report of the event from last year:

All children at St John’s C of E Primary School took part in a series of sporting activities during a ‘Sports Week’, organised to challenge them as the school’s sporting calendar reached its climax in July.

Click here to view a gallery of the week's events

‘Sports Week’ an annual event, to encourage participation and as part of our commitment to delivering high-quality PE and sport across the school.

The following day all children from Key Stage 2 took on the role of sports leaders and organised games for the younger children to play. It was a pleasure to watch the interaction between the children.  As well as the sporting skills on show, there were some excellent ‘teachers’ amongst the older children, which may have left some staff fearing for their jobs!

Not only did the children all benefit from a lot of exercise and good fun; skills of teamwork, co-operation and nurture were also in evidence everywhere.

The annual Sports Day took place in the middle of the week, with a range of traditional races and events.

The races were fun but competitive, with plenty of stickers awarded for winners and also to praise effort and spirit. Many parents and families came along to show support, which gave the day a feeling of community and togetherness in the name of sport.

Alongside the races, other non-competitive activities were enjoyed by all. 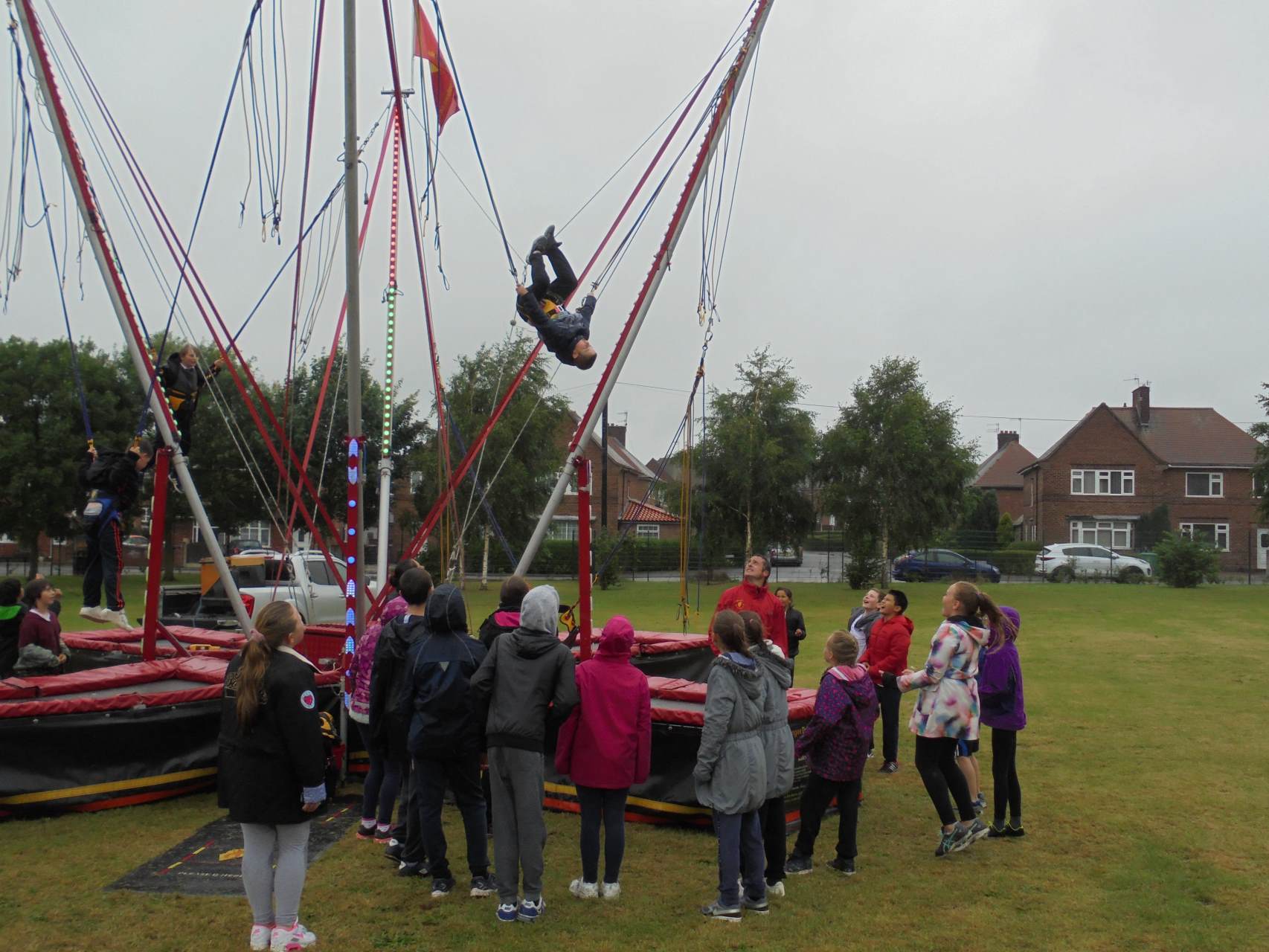 line (right) was set up on the field.  Children of all ages had plenty of fun bouncing as high as they could - some even managed to turn full somersaults in the air!

The week concluded with a special assembly to reflect on the children’s achievements and each child received a special medal and certificate.

We received some more positive news just days later.  In recognition of our dedication to sport, we were awarded the Sainsbury’s School Games Gold School’s Mark – the highest

level of the award for the third year running.  This was made possible because of the dedication and commitment of staff, led by the PE co-ordinator Mrs Colley, and of course the sporting endeavours of the children.

Well done to all concerned!